How You Can Pick Up Revenue From Organic Social Media 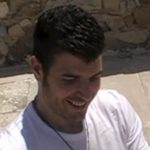 Marketers and online businesses who engage on social media have a better relationship with their target audience than those that do not.

However just posting company news to your social media account isn’t going to be good enough I’m afraid. You’ll only drive traffic and revenue from organic social media with a well-researched and well-thought-out strategy.

There is no other marketing channel that has the same reach as social media and so it surprises me how many marketers and online businesses choose to ignore it or are defeated before trying. Organic social media should not be ignored and is still very much alive which is why I have listed some tips to help you generate the same success as others have.

In early 2015, Facebook updated their algorithm so that not all your organic Facebook posts will show to those that have Liked your page. This certainly rubbed many marketers and online businesses up the wrong way as they felt they were being pushed into having to buy more ads... which is very much the case.

While I completely agree that this algorithm wasn’t the best news I’d ever heard, what was done was done and the best thing I could do was to buck up my ideas and alter strategies to suit the new guidelines. Those of you did implement a new strategy might not have been so affected by the change but I have spoken to a few online businesses who were confused as to why their post reach went from thousands to hundreds and even lower.

If you’re posting any of the following on Facebook organically, I doubt your fans will be seeing them which means wasted time and resources.

Even though Facebook may have set these rules, it doesn’t mean you should give up. You can still generate traffic and revenue from social media which I will explain how to now.

First thing first is content… It is the heart and soul of online marketing including organic social media. You need to create content that is going to be shareable and engaging in order to drive traffic to your website. In order to generate valuable content however, you are going to need to know exactly who your target audience by building fictional buying personas.
Once you have everything you need to know about your target audience including their pain points, their goals and how they like to get information, you will be able to create content that will trigger their emotions and their interest.

Social media was made to allow people all over the world to connect with each other through shared interests. The best way to connect with your target audience is to join in on the conversation they are in. Don’t force this however, people will see straight through it and will react negatively. When you have something of value to say or a genuine insight or opinion about something they are talking about then join in. Your keyword research and buying personas will help determine which conversations are relevant for you to join in too.

To know which conversation to join in or where your target audience is hanging out online, it is an idea to look at any competitors who have a good engagement rate on their social channels. Look at what questions they ask social users, their responses, hashtags they use and if they target any influencers.

Don’t be scared to join in on the same conversation as a competitor as they have already harnessed the right audience for you. Of course, don’t jump on every conversation of theirs, nor should you be competitive or push products… just add value to the conversation. For example, look at how many retweets Taco Bell got from simply saying something that was on their mind and engaging with another brand. 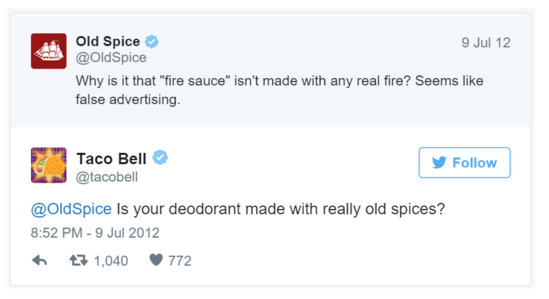 Social media is not only a great way to reach a new audience but is also a good tool to use to connect with your customers and continue your relationship with them by using real-time customer service. When customers tweet you or post on your Facebook page about a purchase they want to thank you for or have a problem with, respond as soon as possible.

If people who are making a decision whether to buy from you see that you ignore your customers on Facebook or respond in a defensive manner; it may put them off. This actually puts people off from buying more than poor reviews do.

Hopefully now you have an idea of how you can use organic social media to drive traffic to your website, blog or landing pages to generate revenue from. Everyone needs a little inspiration though which is why I have listed below two entirely different businesses to prove that anyone can have success with organic social media when they put their minds to it and think outside the box.

Who would have thought the police would ever make it to a social media “who’s doing it well” list, well they have and with good reason. They wanted to reach out to the younger generation to make them aware of burglary precautions.

They knew the best place to reach them would be on social media but knew that simply pushing it on them wasn’t going to work and decided to use visuals instead. Thus was born the LEGO burglary episode… 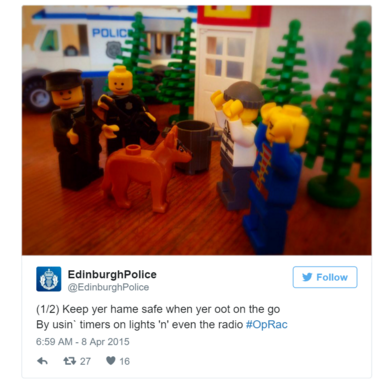 I’m sure you’ve heard of ASOS, if you haven’t… where have you been hiding!? They are only the biggest online fashion retailer. With over 3.7 million Likes on their Facebook page, they are one of the most popular retailers currently on Facebook. This is no fluke however, they use organic social media to share content from their blog to drive traffic to their website rather than publish promotional posts which won’t be shown on user timelines.

What are your main struggles with organic social media? Let me know by leaving your comments below and I’ll do my best to help.

Ready to hire
me?